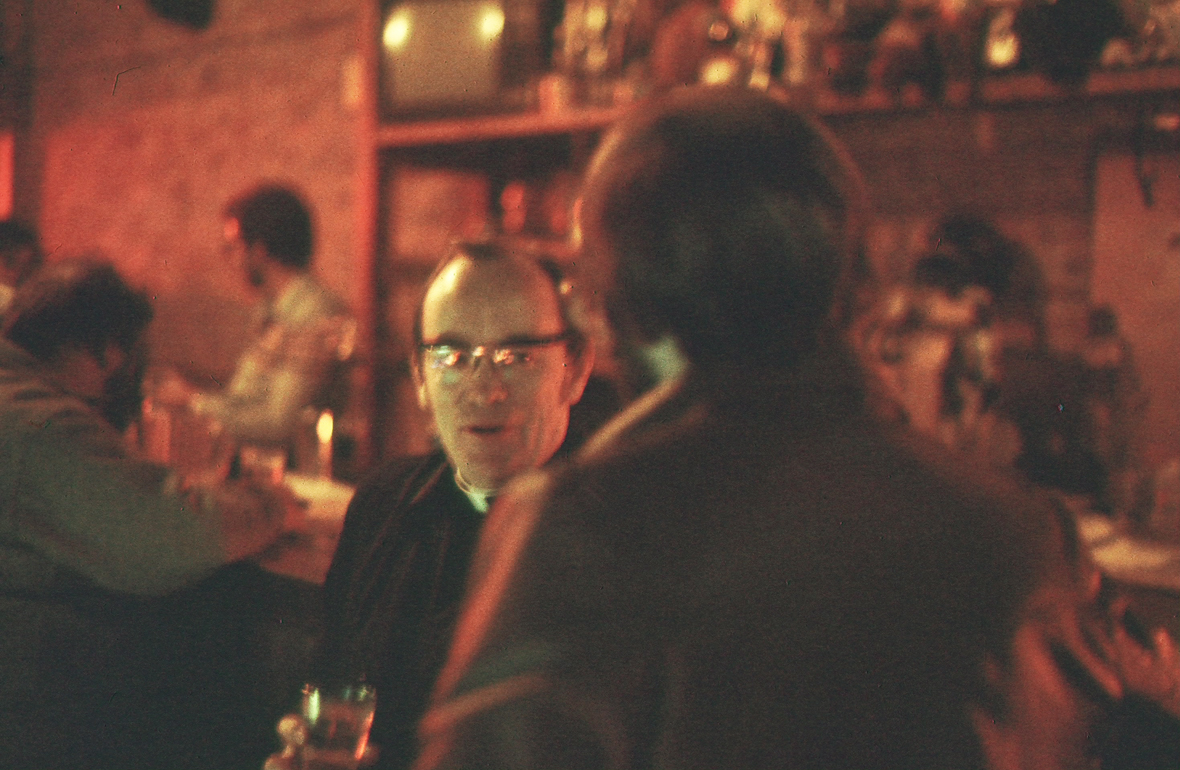 Rev. Norm Riggins was the original Nightwatch executive director. He started volunteering for Nightwatch, going out on the streets late at night, sometime in the late 1960s, early 1970s. He was pastor of the former Maple Leaf Evangelical Church, near Northgate in north Seattle. He was hired to be the first paid staff person for Nightwatch in 1976. He left a comfortable thriving church for the uncertain night time streets.

Norm was the guy who recruited me to go on the street as a volunteer in 1981. (I can’t believe he had only been the paid director for five years at that time!)

Downtown Seattle was much more rough and rowdy than it is now. Thousands of poor people lived in Single Room Occupancy rooms, and they congregated in one of the 175 dive bars that used to cater to them. These were the places that welcomed the Nightwatch ministers. The people crying in their drinks could lean on the minister instead of the bartender or other patrons.

One of the sad things about Rev. Norm’s passing is the loss of his stories. One I remember. He was explaining to me about street violence. There’s a natural protection for the clergy – other street folks will come to our rescue when threatened. But there was one time when Rev. Norm came out of the Nightwatch front door, and some drunk on the sidewalk randomly punched him. Norm turned on the guy, and decked him. As he’s telling the story (probably for the hundredth time) tears come into his old eyes – he had nothing but regret for the moment, a decade later.

After he retired, he seemed really excited that I should take his job. At my interview, I told the Board I wanted to “outlast Rev. Norm.” Everyone laughed. This is my 23rd year right now.

My first week on the job, Norm showed me how to make up a deposit, how to answer the phones “Call back tonight!” and how to keep track of blankets. He said to me, “You’re the executive director. Here’s your mop!”

I soon learned I had big shoes to fill. Every bar I went into for 10 years, people would tell me “Say hi to Rev. Norm for me.” The bars are gone, the people are gone, and now my friend Norm Riggins is gone. And so it will be for me, and for all of us. The honor due to him is reserved for a coming day.

Eternal rest grant unto him, O Lord,
and let perpetual light shine upon him.
May he rest in peace.