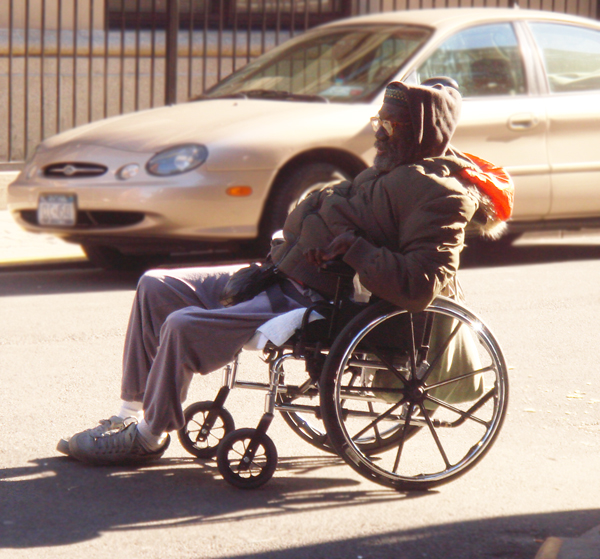 Two hospital calls today, something I’m used to doing as a pastor. One guy is recovering from some sort of insect bite. A chunk was taken out of his arm which required overnight stay in the hospital. Going back to live in a tent must be awful.

The other guy was discovered to have a heart valve issue. He’s a hard worker, doing physical labor. Now, what will happen to him after they open his chest tomorrow? I’m hoping there is some sort of discharge plan. Because you cannot recover from major heart surgery and sleep outside in a tent. Plus the camp has to move in mid-June – still too early for him to be carrying stuff.

Our health care and homeless situation is terrible in this country. And it has been for a long while.

Twenty years ago we had another hard worker sleeping in the Nightwatch doorway – located then in Belltown. Danny would help clean up. “The earlier you get out of here, the sooner I can go to bed!” he explained, laughing. His brain cancer diagnosis came later. He commuted to chemotherapy from his square of cardboard outside our office door on Wall Street. He disappeared, and I can only hope someone was able to provide for his care. Family lived in Tri-Cities area. To my everlasting regret, I never got his family contact information. I have a beautiful picture I took of Danny out on the sidewalk, and I guess I need to talk through my own grief at the loss. Or celebrate his deliverance.

God grant us all the hope of the resurrection.