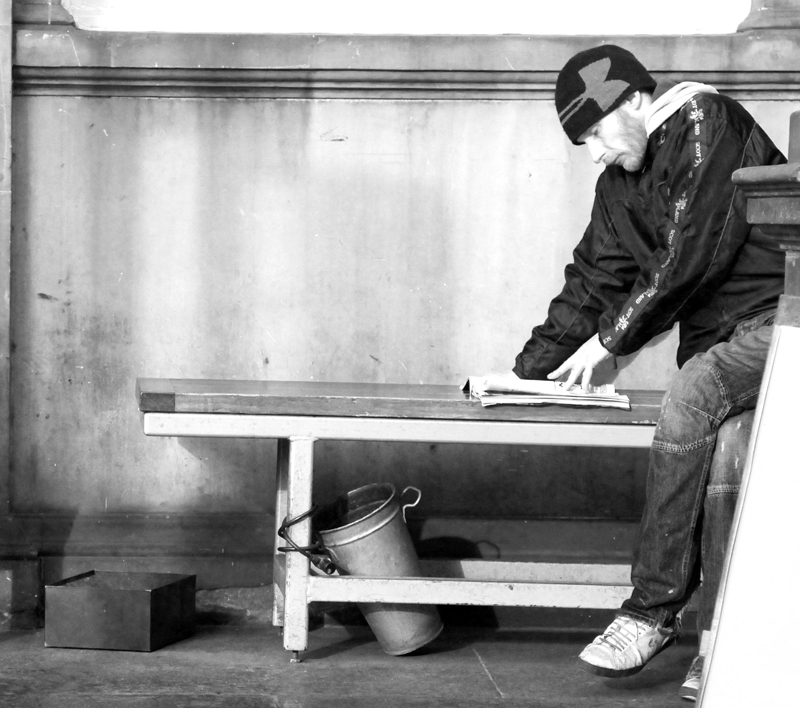 Two weeks ago I returned from my Thursday night rounds, visiting homeless camps and shelters. It was about ten to midnight. At Nightwatch, all the homeless guests were fed and sent off to shelter. There was one last guy – a young man – sitting at one of the tables, pouring over a math textbook. He’s doing algebra problems. He cackles as he figures one out.

I’ve been working with homeless people for more than 30 years. This was a first for me. Who does algebra at midnight? Of course, I had to ask about it.

The young man responded to me. “I’m planning to transfer from Seattle Central to the UW next year. I found out I can study math on my own, take the test, and then I don’t have to pay for the class, but I get the credit.”

And with that, he closed his book, and walked off into the night, going to a nearby shelter funded by Operation Nightwatch donors. He will sleep in a crowded room with 74 other men.